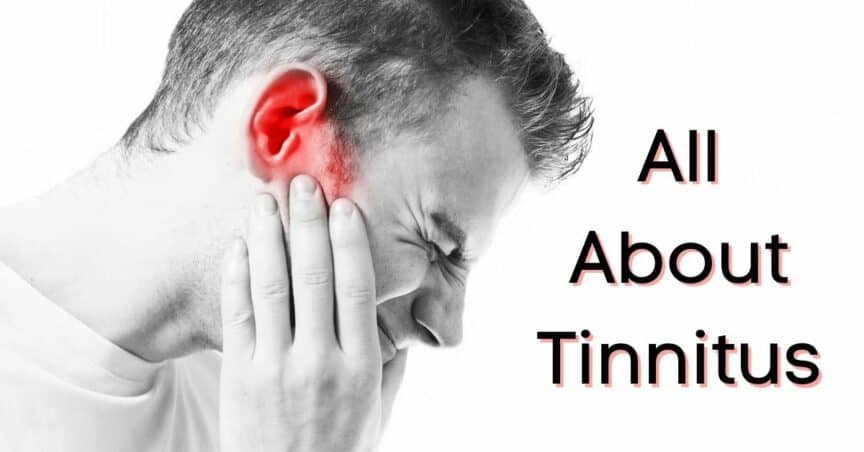 Think back to the last time you went to a concert, large sporting event, or even a loud restaurant or bar. When you left the building into the relatively quiet outdoors, what did you hear? Many of us recall an experience hearing a ringing sound, and in most cases it is temporary. That brief ringing usually goes away after a day or so, but for some people the sensation of “sound” with no source can go on for much longer. Tinnitus is the sustained sensation of sound when there is no known source in the world. When we hear that sound day after day, it can be associated with negative experiences such as stress, frustration, anxiety, and even depression, making it essential to seek treatment for tinnitus from a hearing health professional. Let’s take a moment to understand some of the types of tinnitus, the most common causes, and what can be done about it.

In general, tinnitus is the sensation of sound without a known source outside the body, but that sound can take many forms including ringing, buzzing, roaring, clicking, hissing, or humming. Among these experiences, there are two types of tinnitus defined by the nature of their causes. The first type, objective tinnitus, is caused by something in the body that is making the sound, including blood vessels, muscles, or a bone in the middle ear. The second type, subjective tinnitus, is caused by the sensation of sound that only you can hear. The origin can be in the outer, middle, or inner ear, but the most common source is the inner ear, and subjective tinnitus is much more common than objective tinnitus.

Objective tinnitus can be caused by a number of conditions, ranging from changes in the ear bones of the middle ear, muscle spasms near the ear, or atherosclerosis, which is a blockage in a blood vessel. Many other relatively rare conditions can cause objective tinnitus, and each requires intervention from a doctor to treat the underlying condition, as well as the resulting tinnitus.

Subjective tinnitus is much more common, and the likely causes include age-related hearing loss and noise-induced hearing loss. In both cases, the tiny hairlike organelles of the inner ear, otherwise known as stereocilia, have become bent, broken, or otherwise damaged. When this happens, most people lose hearing in that specific frequency range, but for others it is as if that sound has been effectively turned “on” in the sensory functioning of the ear. Particularly when the stereocilia are exposed to loud sound over an extended time, tinnitus can result, so wearing hearing protection is one of the best ways to prevent tinnitus as well as hearing loss.

The good news is that many people benefit from treatment for tinnitus. In the case of objective tinnitus, a visit to your doctor is essential, treating the underlying condition that might lead to tinnitus, as well.

In the case of subjective tinnitus, there are some quickly developing treatments, as well. In some cases, treatment is as simple as earwax removal. In other cases, it is effective to introduce a new sound into the ear, in effect masking the experience of the tinnitus sound. This is precisely how white noise machines work in the room, but hearing aids can also use this technique with much more precision.

Tinnitus training can be effective, as well, introducing music or sound at the level of the tinnitus and gradually training the mind not to focus on the tinnitus sound. Some have experimented with alternative healing approaches, including acupuncture, hypnosis, ginkgo biloba, zinc, melatonin, and B vitamins, but these treatments have not been proven effective by the standards of Western medicine and the scientific method.

If you or someone you love has tinnitus, it is important to seek treatment as soon as possible, so don’t delay making an appointment with your hearing health specialist. Once you understand the nature of your case of tinnitus, we will be able to direct you to tinnitus-specific treatment or other forms of treatment for your individual needs. What awaits is relief from the experience of an ongoing drone of illusory sound!